A call to conversion

Last week saw over 90 Jesuits and 40 lay co-workers gather at Stonyhurst College for a conference entitled “Working in Partnership with the Universal Apostolic Preferences”.

It is the first time that such a large number of lay partners in mission have joined the Jesuits in a collaborative discernment. Lay people included head teachers from our Jesuit schools, parish council members, and staff working in leadership roles in spirituality, finance, safeguarding, communications and social justice projects.

Inspiring talks by the Provincial Fr Damian Howard SJ and Fr Philip Endean SJ reflected on the process which the whole Society of Jesus had undergone following General Congregation 36 in 2016, to develop the Universal Apostolic Preferences (UAPs) - the four strategic directions for the Society  - and set them in the contemporary context.

Fr Damian, who attended GC36 and worked with fellow European provincials on the UAP, explained, “We had to ask ourselves, ‘What is our mission?’ We had to recognise that the world is changing and ask where are the needs for today?  We had to interpret events around us and choose to change our plans.”

The four Universal Apostolic Preferences are:
• To show the way to God – through the Spiritual Exercises and discernment
• To walk with the poor and the outcast in a mission of reconciliation and justice
• To collaborate in care for our common home
• To accompany the young in creation of hope-filled future.

Fr Philip suggested that the UAP are “Larger than ourselves: they are of God. They are not a box ticking exercise but a sign-post to God’s gift to us, showing where we can do God’s work. They represent a personal call to conversion for each one of us.”

Fr Damian encouraged the meeting to consider the UAP with humility and openness: “a contrite spirit enables us to reach out in humility to the hurting world.  We must be attuned to the world in pain.  It is a cry rather than a call, to which we must respond emotionally and cognitively… We must proceed thoughtfully and helpfully to find solutions.”

Referring to the priority to walk with the outcast, Fr Damian observed, “people at the peripheries have a clarity of vision about what happens at the centre, about what is rotten in the world.”

Fr Philip took up this theme noting the risks presented by the UAP: “there is risk in the vulnerable spaces [where we engage] with the marginalised and the young who have very different ways of looking at the world.”

Fr Philip set the UAP in their historic context, remembering how St Ignatius and his first companions spent some time discerning the role of their new Society, which they presented to the Pope, who then returned this to them as the Society’s approved mission, a process which has been mirrored with Pope Francis this year.  But even within the lifetime of St Ignatius priorities changed.  The original vision for poverty and mobility was adapted to meet the needs for education, and large institutions were established.

Moving to the challenge of the secular society which evolved in the twentieth century, Fr Philip reflected that this was also an opportunity, one which has led us to focus again on the Spiritual Exercises as our key tool for helping individuals to develop a personal, rather than a societal or corporate, relationship with God.

The conference split into small “discernment groups” of 10-12 people to share how the presentations had moved them, and where they most felt God’s presence as they considered how to apply the UAPs to their own work.

The importance of lay partners

Scholastic Luke Taylor SJ presented findings from a research project which considered the nature and extent of lay partnership in the Jesuit mission in Britain, which now comprised 130 Jesuits, around 1,250 employees (1,000 of which are in our schools) and over 2,000 regular volunteers.

Reflecting on the British Province Fr Damian said, “there had been a previous assumption among us that lay partners do not have the same commitment [as Jesuits] to the mission because they are paid… Mutual trust and esteem are required.”  To this end he is proposing to establish a lay and Jesuit partners group to share about mission, to exchange ideas, experience and perspectives, to help us to listen, to communicate more effectively and to plan.

The conference concluded with a presentation from Fr David Smolira SJ, the Provincial’s delegate for Ignatian Formation.  In response to Pope Francis’ appeal for better discernment across the whole Church, Fr David called for as many partners in mission as possible to help shape the future of the Jesuits’ ministry in Britain by sharing the process of “discernment in common” which had been initiated in the previous days.

“In discernment we do not argue a position; that is a discussion,” he explained. “Discernment is a richer hearing of God’s call.  It requires trust that such communal discernment is actually possible, it requires generosity and genuine listening, the forgiveness of past hurts, a letting go of our own agendas, so that we can notice the movement of the spirit towards consolation or desolation in ourselves and others.”

This process of discernment in common will be evolving throughout our ministries with our partners in mission during the coming months. 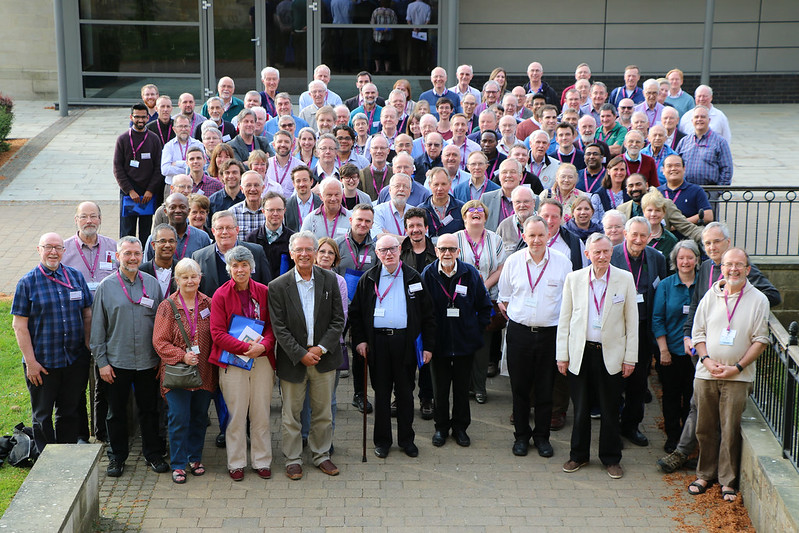