Please remember in your prayers Fr Nicholas Owen Austin SJ who professed his Final Vows at the Church of the Immaculate Conception, Farm St, on Friday 1st December -  feast of the Jesuit Saints who founded the English Mission: Edmund Campion, Robert Southwell and Nicholas Owen.

In his homily Fr Damian talked of the life of Edmund Campion, a gifted Oxford scholar who turned his back on a brilliant career in the Elizabethan Church hierarchy and became an outlaw missionary, a path which inevitably lead to his violent death. He observed “It’s easy to take Campion’s great self-oblation as the sacrifice of his life on the gibbet. But it was no turn towards death that made of Campion a superlative witness to the faith, but an option for life lived undetermined by the fear of death…A life oblivious to death requires that one be steeped in the love of God.”

He went on to describe Campion as “an icon of radical freedom” and urged the congregation to follow his example in giving up the attachments and compulsions which keep us for embracing God.  He concluded, “That is the desire that Nick tasted years ago and which has changed the course of his life..And in the offering he is about to make of himself, final and definitive, he is giving voice to a willingness to leave everything else behind to follow Christ in the Society which bears his name.”

In his note to the order of service, Fr Nick said, “Today the British Jesuits are conscious that there were martyrs on both sides of the sectarian divide during the Reformation in England and Wales.  The voluntary sacrifice of life in witness to Christ of these men and women continues to speak to us today. On this day, the prayers of the Jesuit feast always include a prayer for Christian unity: ‘As you have gathered us into one Church, unite us also in proclaiming your glory in one great canticle of praise.’”

Reflecting on his Final Vows in the recent edition of Jesuits and Friends Fr Nick said, “I am conscious of the needs of the mission, at home and abroad. We need apostles who are working for a just society, who care for the earth, and who show us, in a world that struggles with faith, how to become ‘closely united to God’, the source of all that is good.”

Fr Nick studied Philosophy at Bristol and Edinburgh Universities before joining the Jesuits in 1996 at the age of 26.  After taking his First Vows in Birmingham in 1998 he studied for an MSc in Sociology at LSE, and then spent two years teaching in Guyana.  He did his BD in Theology at Heythrop College and then spent five years studying for a doctorate in Theological Ethics at Boston College.  He was ordained in 2006 at St Ignatius Stamford Hill by Cardinal Cormac Murphy O’Connor. On completion of his doctorate Fr Nick spent seven years teaching theological ethics at Heythrop College.  In 2014 he became a Province Consultor and Superior of the Copleston Jesuit community in north London. 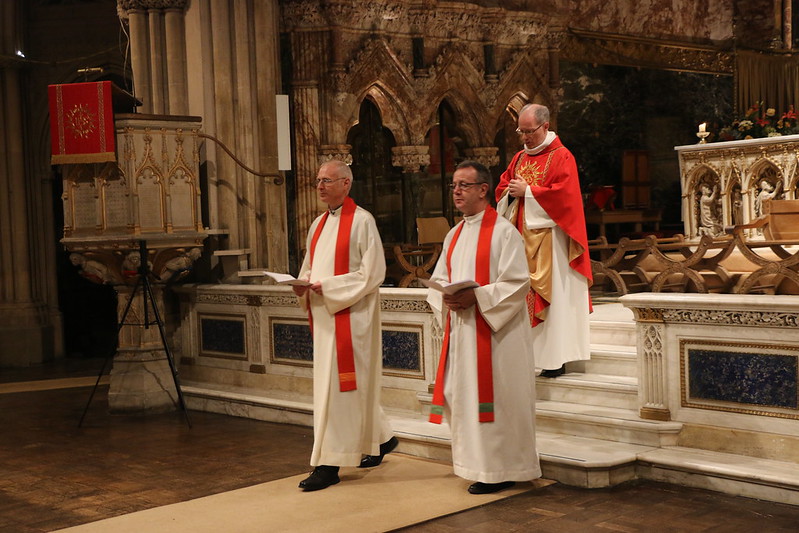