At the end of May this year the Jesuits in Britain Archives took delivery of a very exciting set of packages. The eight large and somewhat heavy parcels contained just over 200 architectural plans for the Holy Name Church in Manchester, which have been painstakingly conserved and digitised by the National Conservation Service as part of a project funded by the National Lottery Heritage Fund to restore parts of the Grade 1 listed Victorian church.

The plans had been kept in an old vestment chest in the organ loft, but are now to live in special archive plan chests in the Jesuit Archives at Mount Street. Now, for the first time, the plans can be accessed by the public not only at the Archives but also online via the Jesuits in Britain Flickr album.

Despite the conditions in which the plans had been held, the majority were in good or fair condition. Those in poor condition had extensive tears or had been repaired in the past with sticky tape, and one item was completely fragmented. According to the Conservator, “the items were sorted for condition into three categories- good, moderate and poor or very poor- which denoted both their condition and the treatment required.”

Those in the poor or very poor grouping required extensive interventive treatment: all were surface cleaned and items that had been folded, crumpled or rolled were humidified and pressed to facilitate further treatment and digitisation. The large number of fragmented pieces were reassembled where possible. Sticky tape was removed with hand tools or heat as appropriate and torn items were repaired with Japanese kozo tissue. The items in good or moderate condition needed far less treatment: all were cleaned and pressed, and those with detached pieces were reassembled while those with tears were repaired with tissue.

Once all the items had been treated they were digitised and then packaged into inert polyester sleeves so that they can be safely handled and retrieved for researchers wishing to view the collection. They have also been packaged into archival manilla folders in groups of ten as an additional layer of protection and support.

Mary Allen, Deputy Archivist, says: “We have been thrilled with the results of the project, for which we must thank the National Conservation Service and the National Lottery Heritage Fund.”

If you are interested in the project, the plans, or the work of the Jesuits in Britain Archives in general, please contact the Archives. 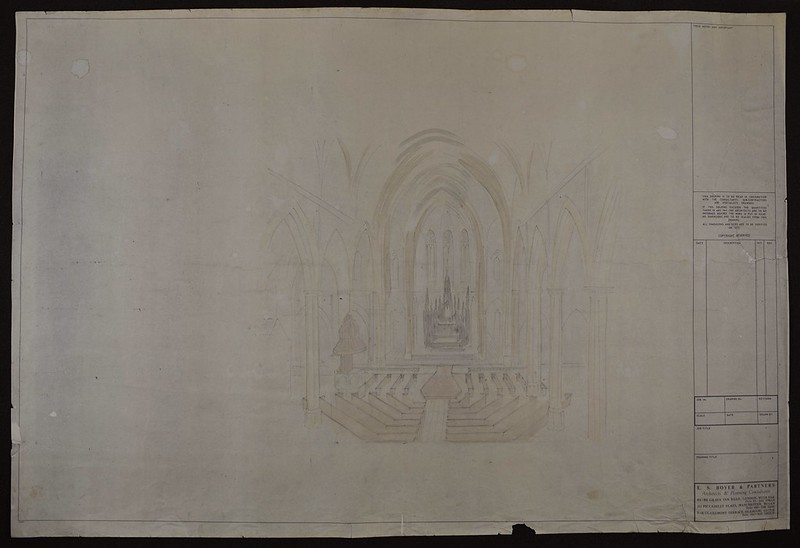