Please pray for two Jesuit scholastics who were ordained to the diaconate on Saturday 10th February by Bishop John Sherrington at Farm Street Church.

Anuranjan Ekka from the Darjeeling Province, currently living in the Loyola House community in Wimbledon, and George Stephen Thayriam from Madurai, a member of the Hurtado Jesuit community in Wapping, are both third year undergraduates studying for their Bachelor of Divinity at Heythrop College.

Principal concelebrants were Fr Nick King SJ, Assistant for Formation, and Fr Damian Howard SJ, Provincial of the Jesuits in Britain, who presented the candidates to the Bishop.

Jesuits are ordained to the diaconate during the final year of their Theology studies.  With so many Jesuits studying outside their home province, diaconate ordinations are often international affairs.  Heythrop College has been one of the main English-speaking formation centres. With Heythrop due to close in 2019, George and Anuranjan will be the last two overseas scholastics to be ordained in Britain.

Bishop Sherrington began his homily by reminding us that God's call is not of our own making. He spoke directly to each candidate, focussing on the Jesuits who had inspired both their vocations and areas of study. Each had been impressed by Jesuit missionaries to India: George by St John De Britto also known as “John the Baptist of India”; Anuranjan by St Francis Xavier, probably the most famous Jesuit missionary of all.

Bishop John invited them to live lives as witnesses of authenticity, to communicate to others the love of the Gospel and, in so doing, bringing them to Christ.

Assistant for Formation Fr Nick King SJ observed “it has been a great privilege to be responsible for the initial formation of so many young Jesuits from all over the world over the past decades, and an inspiration to witness the variety of work in which they are now engaged in their home provinces.” 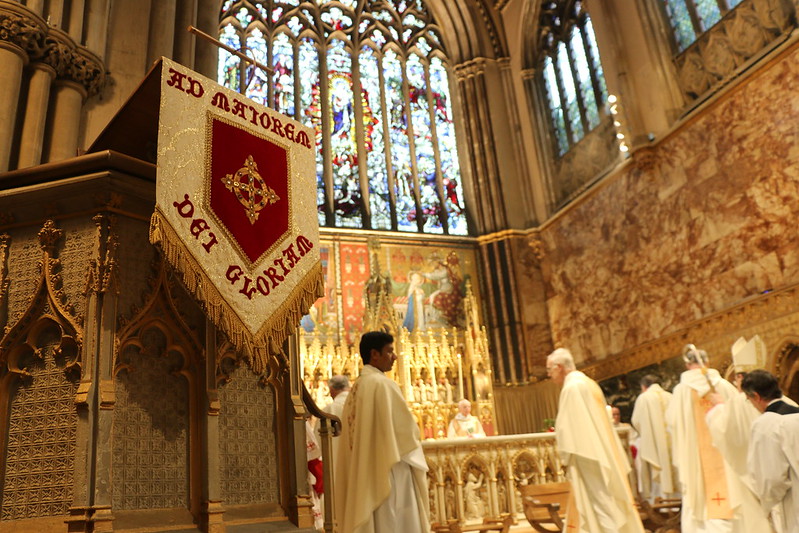